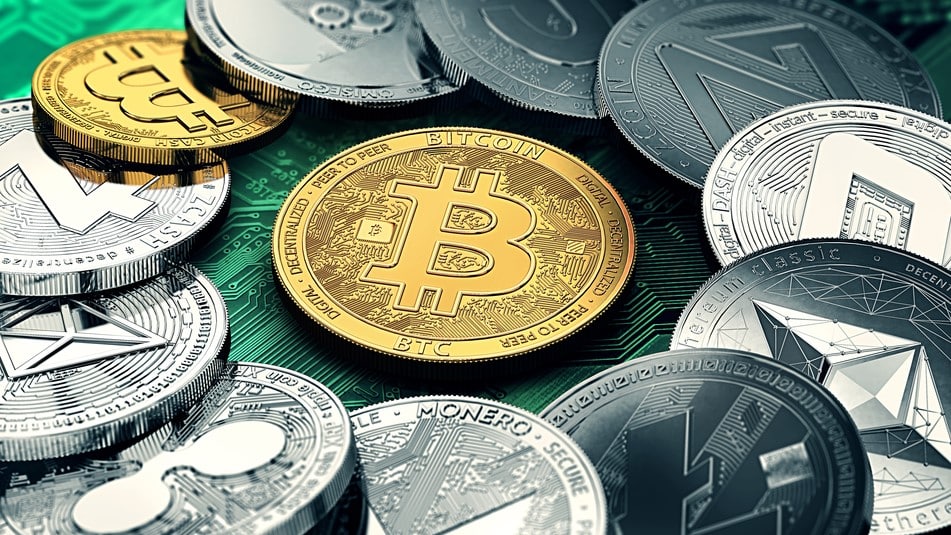 If not, you’ve been living under a rock. And that’s okay, but it’s time to get up to speed. When Bitcoin debuted in 2009, few outsides of the arcane circles of avant-garde digital technology bothered to take notice.

Since then, Bitcoin has become the dominant cryptocurrency, and its fortunes have waxed accordingly. Over the course of a decade, the flagship crypto went from a price of about $1 per Bitcoin in 2011 to over $60,000 per Bitcoin in April of 2021.

That’s the well-known story of Bitcoin—but what are altcoins? Well, it turns out there’s a lot more to the crypto ecosystem than just Bitcoin.

There are many different types of altcoins. That’s why we’ve put together this cryptocurrency guide to help you understand all about them.

The first thing we need to understand is just what we mean by “altcoins.”

So what are altcoins? Simply put, an altcoin is any cryptocurrency other than Bitcoin. Bitcoin is dominant in the crypto sphere. That’s why different types of cryptocurrencies can be lumped under the altcoin heading.

By definition, any crypto guide that deals with digital currencies other than Bitcoin is dealing with altcoins. But the number of these alternative cryptocurrencies is now nearing 10,000. This is making it more difficult to define the field as “Bitcoin and everything else.”

Altcoins distinguish themselves from Bitcoin by more than just their exotic names. For instance, some of them employ different blockchain consensus mechanisms to validate transactions. Or they have extra features, such as reduced volatility or smart contracts.

As of late September 2021, the largest ten altcoins by market capitalization are as follows:

Altcoins work in a way that’s very similar to Bitcoin.

In other words, they share the same general framework and setup, involving computer code and blockchain systems. But there are still some differences that ought to be noted.

Bitcoin was the early comer, and in so doing it revolutionized the worlds of finance and digital currency. It did this essentially by creating from scratch something that had hitherto been nonexistent.

Still, it also means that Bitcoin is…well, somewhat archaic in the fast-changing world of digital technology. Bitcoin pioneered the technology of cryptocurrencies. But it’s also saddled with some of the inevitable limitations that its pioneering status entails.

As an example, Bitcoin’s Proof-of-Work (PoW) consensus mechanism, which is used to form validation “blocks,” is somewhat outmoded. This is because, famously, Bitcoin validation is energy expensive and time-consuming. Plus, Bitcoin is limited in its smart contracts.

Various altcoins, however, distinguish themselves by improving upon Bitcoin’s architecture. For instance, some altcoins might use a Proof-of-Stake (PoS) validation framework, which consumes far less energy and is much less time-intensive. And stablecoins, a form of altcoin (see below), address the problem of Bitcoin’s notorious price volatility.

The point here is that altcoins, by distinguishing themselves from the cryptocurrency supergiant that is Bitcoin, tend to attract different investors and form their own market. Will this be enough for one of them to topple Bitcoin’s dominant position?

Only time will tell.

Nowadays, cryptocurrencies come in many different types and kinds. Often, this is based on the consensus mechanisms they use or the purposes for which they are designed.

The following guide to crypto types will help us understand the different kinds of altcoins.

Stablecoins seem to be almost oxymoronic in the world of crypto. After all, by their very nature, aren’t cryptocurrencies the most volatile and unstable currencies imaginable?

But stablecoins serve a very important function in the crypto ecosystem. Yes, cryptocurrencies have been plagued by excessive volatility ever since they appeared. A look at the price history of Bitcoin is enough to demonstrate that.

Stablecoins were created to reduce this volatility. They work by affixing their value to certain goods or systems—precious metals, fiat currencies, or even other cryptocurrencies. That way, these goods act as a backup reserve should the cryptocurrency fail or fluctuate too wildly.

Examples of stablecoins include Facebook’s Diem and USD Coin.

Mining-based altcoins operate more or less on the Bitcoin system.

In other words, they are “mined into existence,” in which PoW systems are employed to “mine” the altcoins to create blocks of data on the blockchain. Most of the top altcoins (in addition to Bitcoin itself) fall into the mining-based category.

These include such cryptocurrencies as Litecoin, Monero, and Ether.

Security tokens are somewhat similar to the securities that you’ll find traded in stock markets.

The only difference is that, like cryptocurrencies, they are digital rather than in the “real world.” Security tokens promise to confer equity, much as regular stocks do, with the possibility of part ownership or a dividend payout. The chance of rising prices for security tokens makes them attractive for investors.

Finally, we have utility tokens. They’re another rather specialized form of altcoin because they’re used for services on a network. They can be exchanged to purchase certain services or even to redeem rewards.

A Brief Guide to Crypto

So we’ve pretty much answered the question “what are altcoins?” Now let’s look at some of the different altcoins that are out there.

Obviously, we can’t examine the whole lot of them—not with almost 10,000 altcoins floating around out there in the digital ecosphere. Instead, we’ll look at a few of the more significant and interesting altcoins on the market.

Ether was launched in 2015, and it is currently the second-largest cryptocurrency (after Bitcoin, of course), with a market capitalization of around $350 billion. Even so, its trading value is quite a bit behind Bitcoin—$2,900 versus the latter’s $43,000 (September 2021 values).

Ether runs on the Ethereum decentralized software platform, which allows for smart contracts as well as decentralized applications (Dapps). Furthermore, in 2021, Ethereum moved its consensus mechanisms from a Proof-of-Work to a Proof-of-Stake system, streamlining the system’s efficiency in terms of energy use and transaction time.

Litecoin, which was launched in 2011, has been nipping at the heels of Bitcoin for quite some time.

The altcoin has grown in fame and popularity in recent years, and a growing number of merchants are accepting Litecoin in addition to Bitcoin and Ether. Among the advantages of this cryptocurrency is its swifter block generation, which translates to a quicker transaction validation time.

Cardano was born out of a crash research program undertaken by mathematicians, cryptographers, and engineers.

This means it’s hopelessly complicated and enveloped in a dense cloud of obfuscating techno-jargon. That includes things like “Ouroboros proof-of-stake,” which really no one can understand.

Nevertheless, the team behind Cardano has created a rigorously tested blockchain. The project researchers have even generated between them some 90 peer-reviewed research papers on blockchain tech. The altcoin’s ambition matches the effort that has gone into its formation. That’s because it aims to become the first global financial operating system.

With a market capitalization of $69 billion, Cardano has already become the second-largest altcoin after Ether—and it might not be long before it overtakes it.

Polkadot is another interesting altcoin.

It’s a PoS cryptocurrency, and it is designed to allow a degree of mutuality between different blockchains. Plus, Polkadot allows users to create more than decentralized apps. They can create whole blockchains that operate within the security envelope that the Polkadot master-blockchain provides.

Dogecoin is a popular “meme coin,” which was essentially created as a joke. But it’s a joke that’s taken on a life of its own and entailed billions of dollars in market capitalization.

The name derives from the “Doge” meme, featuring the bizarre facial expressions of a, particularly humorous Shiba Inu dog. It was launched in 2013 and lived a pretty low-key life as nothing more than a semi-serious mockery of cryptocurrency speculation.

But things really started to pick up for Dogecoin when Elon Musk began to promote the altcoin. Since then, as of September 2021, Dogecoin has achieved a (current) market capitalization of $26 billion (down from an all-time high of $88 billion in May 2021).

Check out Byte Federal for an in-depth breakdown of the difference between Dogecoin and Bitcoin.

Stellar is another open blockchain network, which works to connect financial institutions through a secure network for the purposes of large transactions.

Whereas these immense monetary transactions usually involved numerous steps and many days to complete, the Stellar network cuts out the middlemen and cuts down on costs. Nevertheless, the blockchain is not just for large institutions—anyone can use it.

In order to use the network, you’ll have to transact business in the system’s native currency, which is called “Lumens.”

In fact, with a current market capitalization of $68 billion, Tether holds the number 3 spot in the rankings of altcoins. Tether was launched in 2014 and was designed to facilitate the use of fiat currencies in the digital ecosystem.

The stablecoin is directly tied to the US dollar, and it currently holds (naturally) a value of $1. And since it consistently ranks among the top altcoins, it seems to indicate that fiat currencies still have some staying power.

When it comes to cryptocurrencies, Monero is kind of like your shady second cousin, who can get his hands on all kinds of contraband and not always in the most legal of ways.

In short, Monero is secure and untraceable. The open-source cryptocurrency places great emphasis on the security and privacy of its transactions. And that has naturally led to a less than spotless reputation—Monero has become rather popular with the criminal underworld due to the untraceable nature of transactions on its network.

On the other hand, this same aspect has made Monero indispensable to dissidents working to undermine oppressive and tyrannical governments—which, in the post-COVID world, is pretty much all governments.

Marscoin is a rather niche cryptocurrency.

This altcoin is derived from Litecoin, and it was created to support human colonization of Mars. In that way, it’s a very idealistic altcoin, which hopes to raise funds for the project of establishing humans on the Red Planet through increased trading in Marscoins.

And perhaps, someday, Marscoin will evolve into the de facto digital currency employed on Mars and perhaps elsewhere in the Solar System.

Solana is another blockchain platform that provides opportunities for decentralized apps as well as marketplaces.

Solana’s native currency token is the SOL, and the platform touted itself as one of the fastest blockchains available. And perhaps, in a way, that was true—and it may have led to the blockchain becoming a victim of its own success.

Earlier in the month, Solana realized a market cap of $62 billion, which has since fallen by $20 billion. This seems to be in large part due to a recent outage that disrupted the blockchain for 17 hours.

It remains to be seen whether Solana can recover and continue to challenge other altcoins like Ether and Dogecoin.

So what are altcoins? Basically, they’re every cryptocurrency out there that isn’t Bitcoin.

And there are a lot of altcoins, so it’s impossible to know which ones will become successful and which ones will go bust. As to whether any of them will challenge or even topple Bitcoin, the reigning champion…well, stay tuned to find out.

In the meantime, please check out the rest of our site for more tech, gaming, and business news. 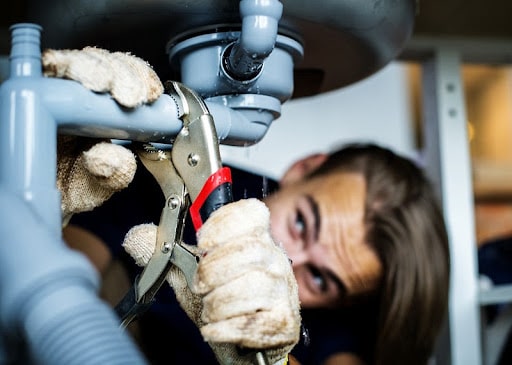 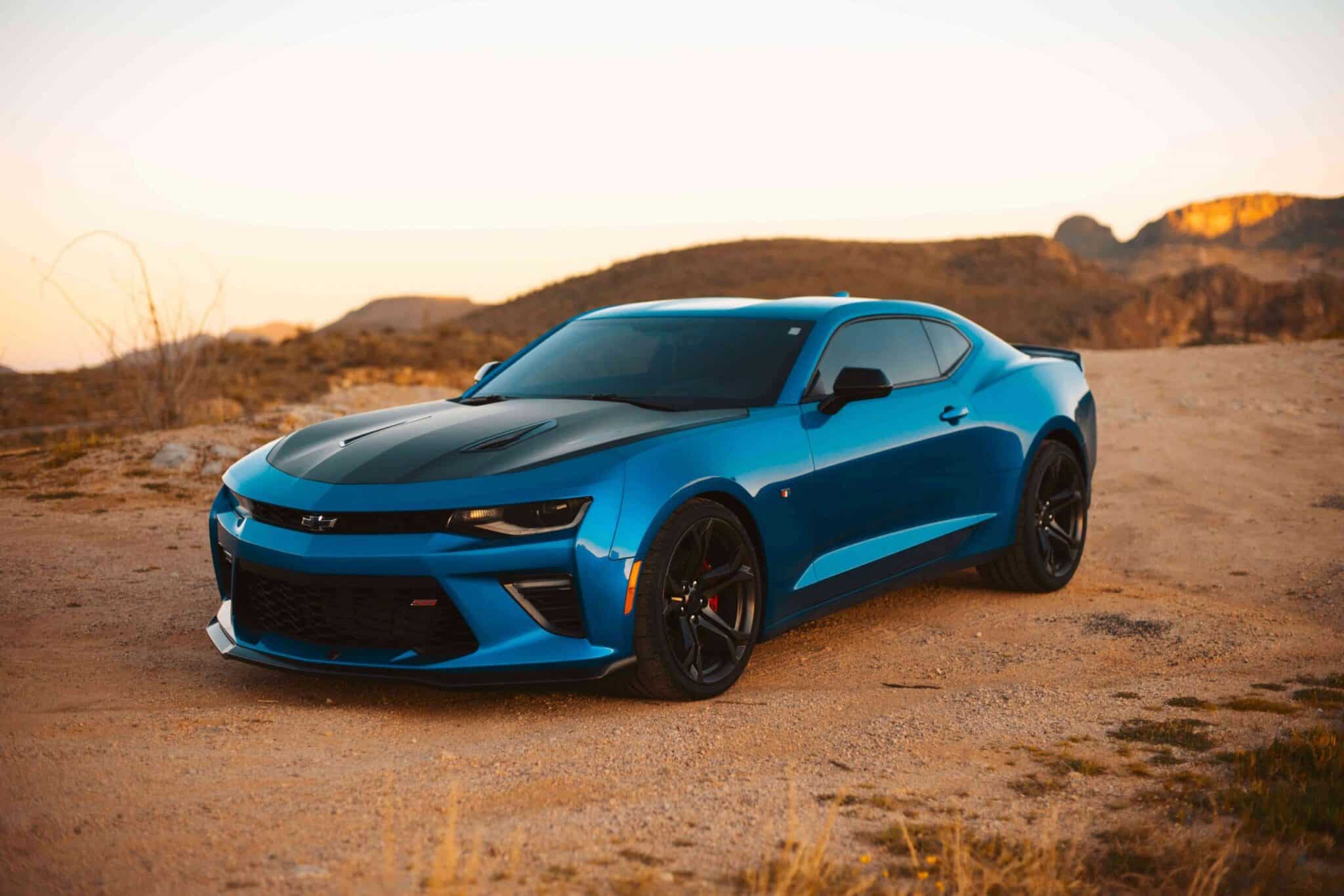 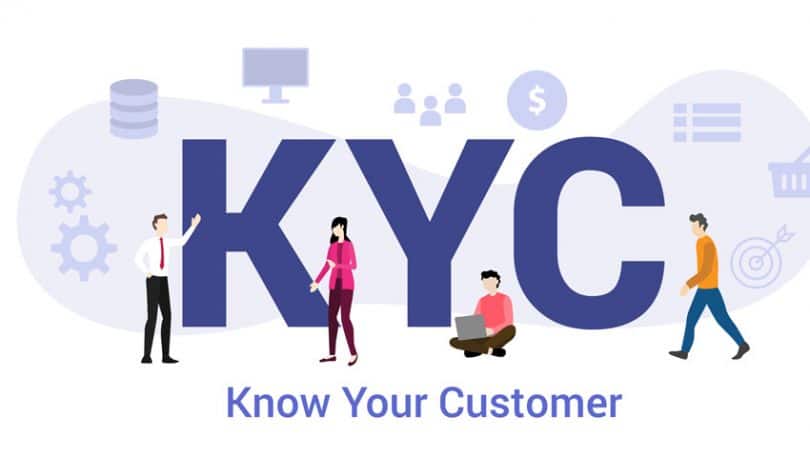 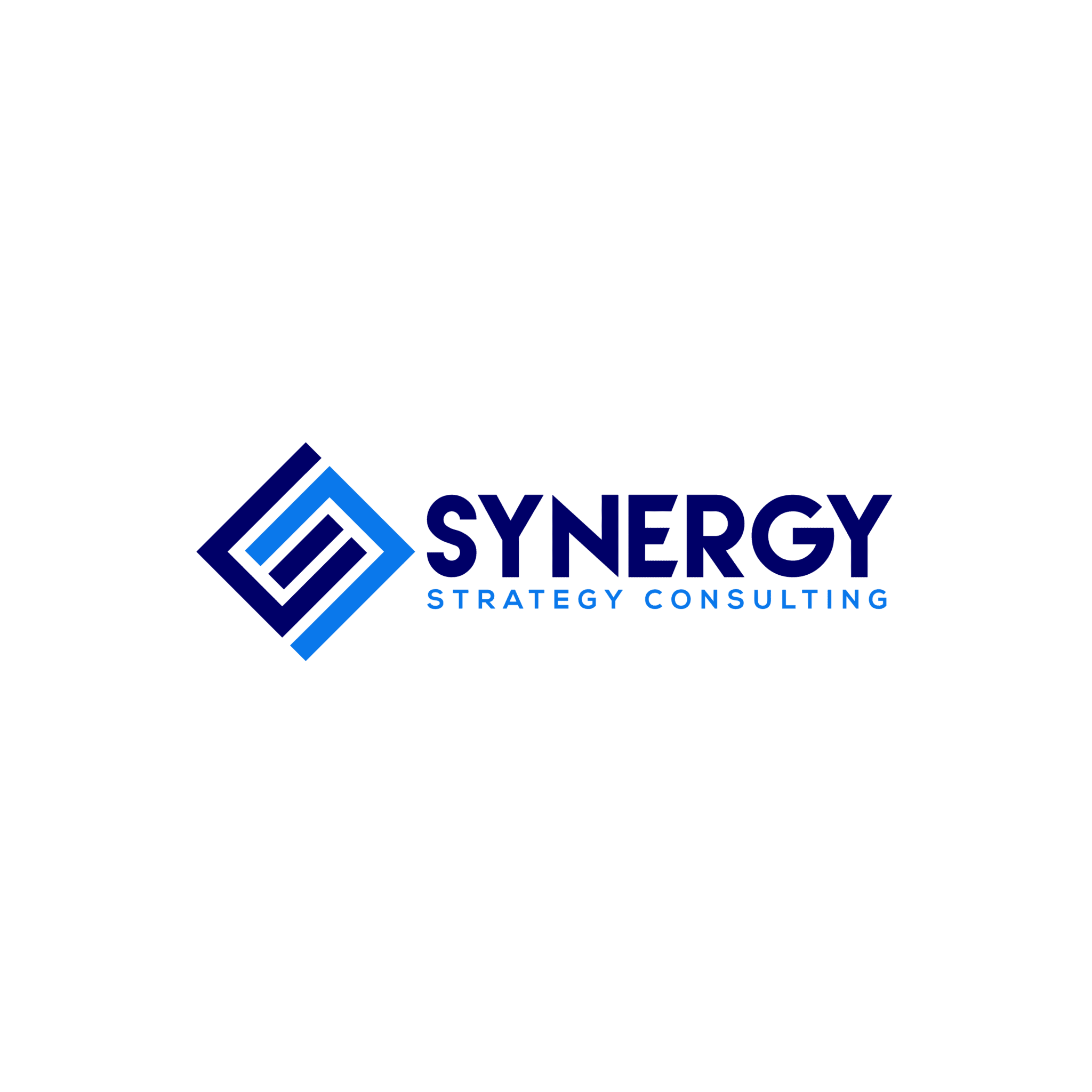 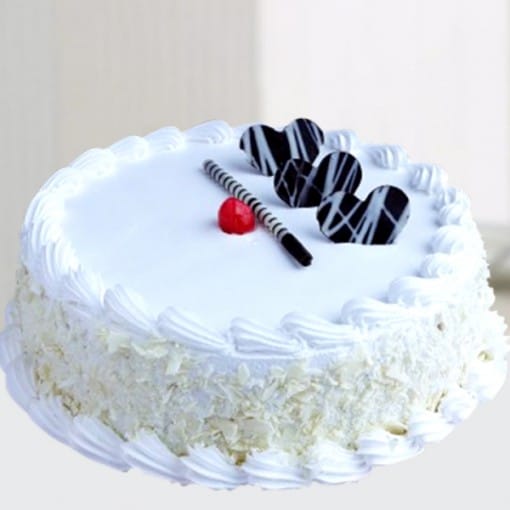