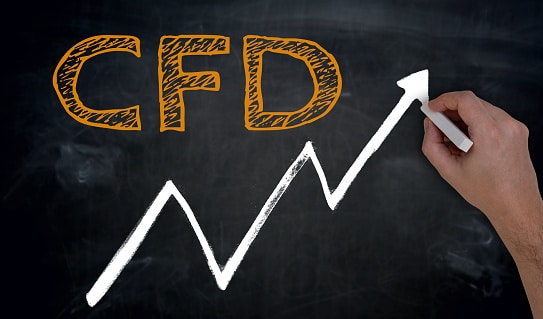 CFD and graph are written by hand on blackboard.

Experts saw the longest bull market duration in history from November 1990 to March 2000. Several businessmen, especially those who are into CFD trading, were able to take advantage of the elevated stock rates brought about by President Clinton’s term during these days.

Everything from jobs to soaring stocks and lower oil prices, according to the traders who traded during those days, contributed to the overflowing profit that they both gain from trading and investing. However, as time passed, the natural law that declares, “Anything that goes up must come down at some point,” came into play. The bull market’s path was also gradually altered. In today’s post, we’ll look at the various historical factors that have influenced the fall of Bull Markets.

The Reagan Era refers to the times when President Ronald Reagan launched a revolution in the lives of ordinary Americans. According to trading historians, this epoch had the highest yearly return at 26.7 percent, and traders benefited from this trend until the historic market crash in 1987 on a black Monday.

The Golden Age of Capitalism was also recognized during this time period. It was dubbed the “golden age of capitalism” because of the significant economic expansion that occurred in many countries around the world. Despite the fact that the postwar boom appeared to be too wonderful to be true economically, there were various events that caused people to worry about the market at the time. Among the events were the Russian launch of the Sputnik Rocket, President Eisenhower’s heart attack, and the Hungarian Revolution.

This horrific occurrence in 2001 had a significant impact not only on the lives of Americans but also on traders all over the world. As previously reported, worldwide market rates fell precipitously after incurring a total of about $40 billion in insurance losses. Due to the terrorism scare, US bonds and other financial instrument markets were also paralyzed for a few days as a result of the aforementioned event.

This health crisis resulted in a rapid turn of events in the stock market. Because of the difficulty that business people face in running their businesses, the market flow has become extremely erratic, allowing for a wide range of purchasing and selling activities.

The list of major events in people’s lives demonstrated that there is a significant relationship between history and market rates. Aside from the obvious fact that a bull market (defined as a period in which financial assets have gained in value in the market) is significantly influenced by economic, political, health, and global events, it is the volatility of market rates that frighten most traders during difficult times.

Volatility is a trading aspect that, when mishandled, can impair one’s CFD trading. And, because higher volatility is risky, and risks are inescapable in trading, experts advise traders to always have a backup plan in place in case a completed decision does not function as expected.