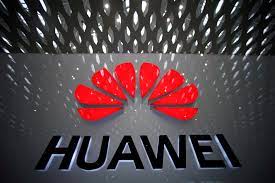 Huawei’s business continues to decline with US sanctions. Huawei, the world’s second-largest smartphone by market share just a few years ago, is no longer in the top five. Meanwhile, Huawei has lagged behind even in its own home market.

A recent report released by IDC on the market share of smartphones in the Chinese market shows that Huawei’s smartphone business has further declined. According to the second quarterly report of 2021, Huawei has now failed to be in the top five even in its own country.

Huawei’s challenges over the past year have brought it down. When Huawei came in second place in the world market, surpassing the American company Apple, the Chinese market gave it strength.

But the company is now struggling for the Chinese market as well. Huawei’s loss days began when users shifted to other devices without being able to use the Google service.

According to an IDC report, Huawei is competing in both the supply chain and sales after the US FiveG ban.

Meanwhile, Huawei is releasing the ‘P50’ series today. It remains to be seen whether this series will improve Huawei’s position in the market. However, it has been analyzed that the Kirin 9000 chipset will not be available in large numbers in the market due to its low production.

However, there were rumors that Qualcomm would provide Forge chipset to Huawei. However, as both the companies have not given clear information so far, there is still injustice in this regard.

Vivo is at the forefront of the Chinese market. Its market share in the second quarter of 2021 is 23.8 percent. During this period, Vivo sold 18.6 million units of smartphones.